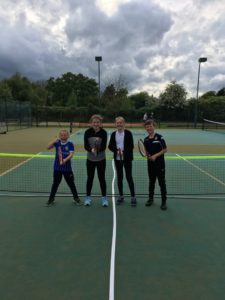 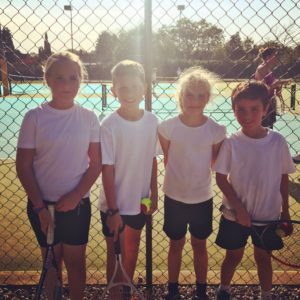 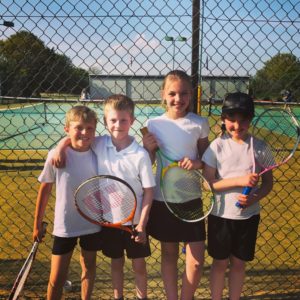 Tuesday evening, Robert Wilkinson had another successful night competing in a tennis tournament.  2 boys and 2 girls from years 5 and 6 represented the school, in a competition against 10 other teams. Competing in a format where every point counts, Robert Wilkinson charged through the group stage of the event, finishing with a total of 107 points, out of a maximum 112, sending us through to the semi-finals top of our group.

With the start of the semi-finals, all of our players managed to raise their game and produce a very high standard of tennis, with all 4 players managing to win their respective games.

This all came after an exhilarating week last week for the year 3 and 4 pupils that represented the school. Due to a late cancelation from another school, Robert Wilkinson managed to get two teams into the competition of ten. With one team in each group, both teams performed fantastically. Without conceding many points across both groups, Robert Wilkinson managed to finish top of both groups!

This saw a semi-final draw in which we didn’t play each other, meaning an all Robert Wilkinson final was on the cards. This turned out to be the case as both teams also managed to progress past their semi-final opponents. The final saw a fantastically close fought competition with all 8 competitors from the school doing brilliant. After some long rally’s, ACE serves and brilliant match play, Team A managed to progress, in a score line finishing 21-18.

Well done to all tennis players involved in these competitions, Mr Dyson and Mrs Goliger in attendance were very pleased with the attitude and determination showed by all players!